A SIMPLE $20.00 ADDITION TO YOUR HOME THAT CAN SAVE YOU THOUSANDS

Lloydminster is built on a relatively flat area as most of the locals will know. Every month it seems that new subdivisions are being built, pushing the city outward constantly. Of course this new development takes a lot of planning in terms of infrastructure such as power, water and sewage needs to name a few of the more extensive considerations. When it comes to sewer and water drainage it is obvious that the waste lines must be lower then the homes basements so everything flows downhill so as to speak. You can imagine how difficult this must be to plan on such as flat portion of land. Overall the city engineers have done very well in this process and only in extreme situations will the system fail to achieve its goal of disposing of our waste water.

On the rare occasion when the system of piping under the city gets inindated with water something must give. The result is often water backing up into the basements of our homes. Remember that your home is connected directly to this laberinth of piping and as such is subject to the issues that it might face. So what can a person do to help protect themselves from such an event. The best and only solution I can think of is to spend $20.00 or so to have a BACKWATER PREVENTION VALVE in your sewer line and any drain lines that may be connected to the city system. This little device is either a spring loaded ball valve device or a flapper check valve that will close if water tries to back up in the homes drain line. I have been told that these devices will sometimes not be adequate to hold back the pressure placed on them but I personally have never seen one fail under pressure. 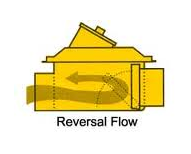 The key is that if you don’t do something then no-one else will. Currently there is an entire street in Lloydminster that is being dug up to repair a faulty line. I have recently inspected a home on that street and was told by the seller that every home on the street was flooded last year due to an issue in the city system. He also said that the city and the insurance companies involved are now requiring that sump pumps be installed in the basements of the affected homes. I would guess that a sump pump would not have done much in this situation but a backwater valve might have. In any case I suggest every home have a backwater valve as a measure of preventative maintenance.