I recently inspected a home that had significant mildew and swollen OSB in the roof sheathing. It occurred to me that the contractor that made the mistake that caused all this was not likely trying to take any short cuts but was also not aware of the consequences of doing only a mediocre job. In this case the kitchen range hood vent line was not secured well to the termination in the roof. As a result the  range hood vented into the attic space for about 10 years un-noticed. The photos show how this warm moist air turned into frost every winter and then dampened the OSB each time it warmed up. The 1/2″sheathing  was swollen to about 7/8″ in some spots and the entire area was black. This made the roof spongy in between the 24″ on center trusses.

The story only gets worse from here in my opinion. Two years ago the shingles were replaced. The roofers noticed a lack of venting and went in the attic. They noticed the vent issues and supposedly repaired it. They added some roof vents as well. The problem was that they did not replace the sheathing and the repair if it was done did not last. The moral of the story is that a person must do their level best all the time and if it is more then they know they must ask for help. 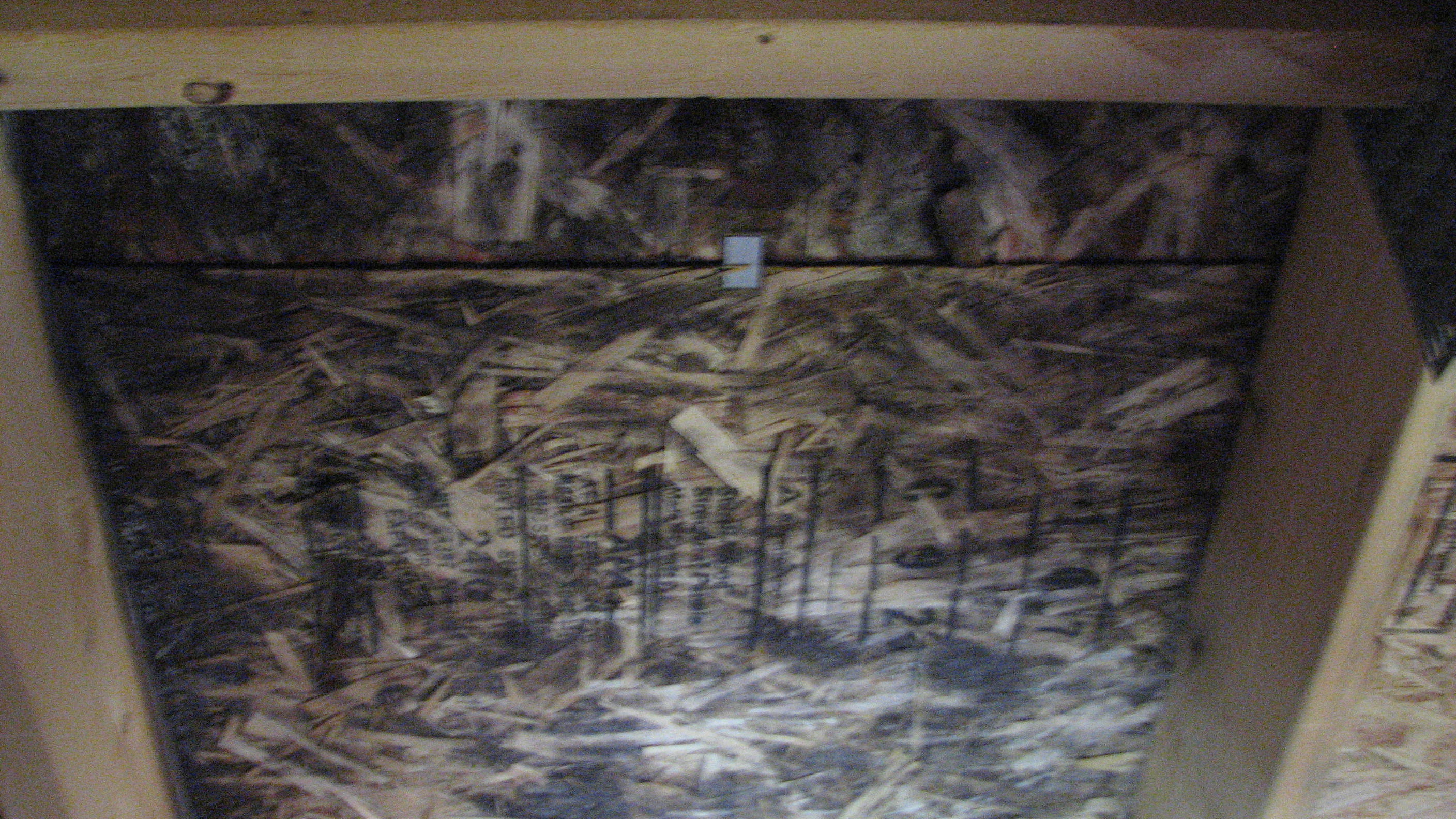 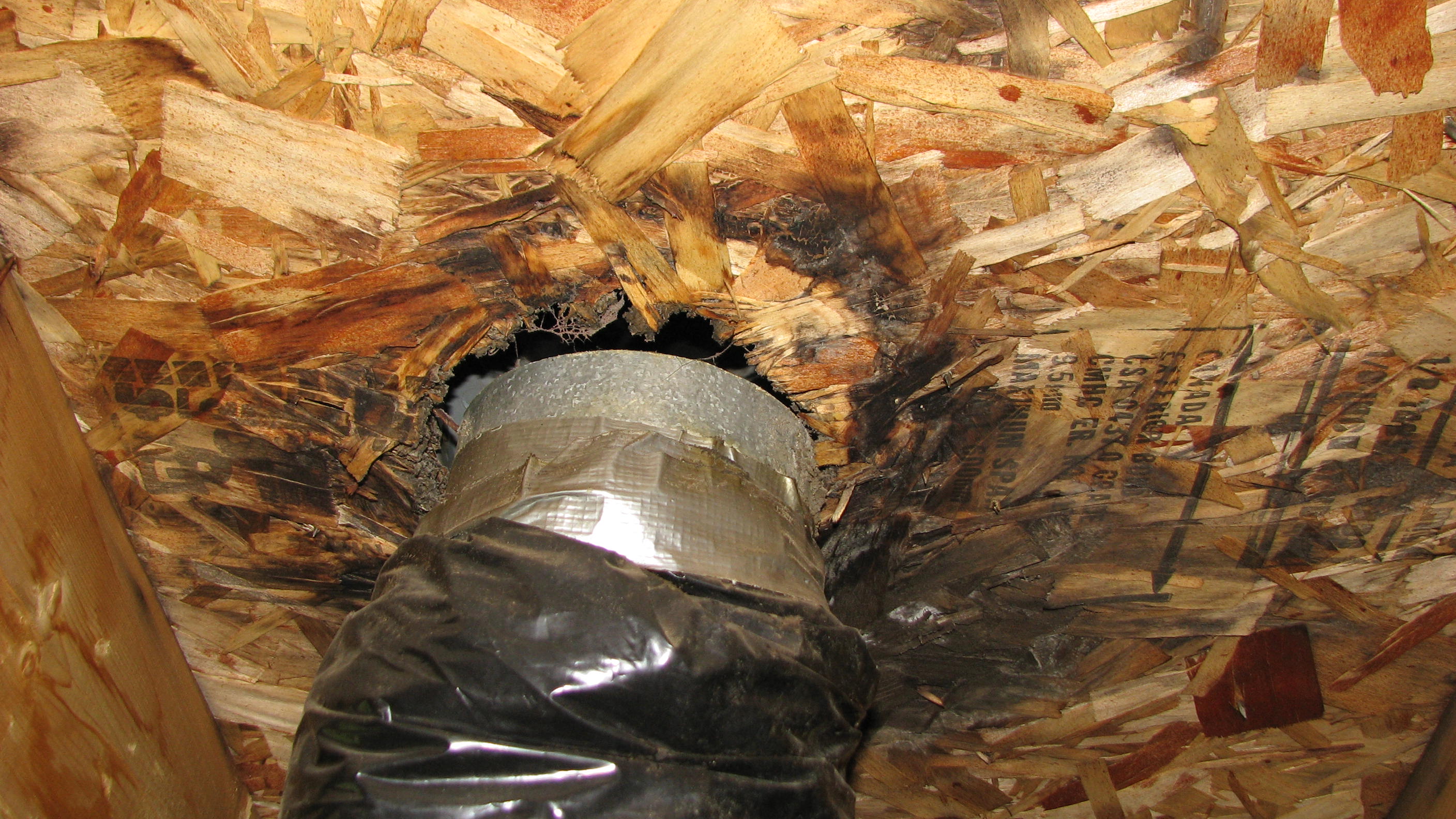